Diseases transmitted by fleas, ticks, mosquitoes, and intestinal worms are common in cats and dogs, and can also affect people. While numerous illnesses are a concern, we’re focusing on the four most common—heartworm disease, Lyme disease, anaplasmosis, and ehrlichiosis. You’ve likely heard of the first two diseases, but not the latter two—and you may also not know how to pronounce them! To clear up any confusion, our Walnut Creek Vet Hospital team shares the important information you need to know about these four diseases, and how to keep your furry pal safe from parasitic infections.

#1: Heartworms are transmitted by mosquitoes

The biggest threat for pets from mosquitoes is heartworm disease. When an infected mosquito bites your pet, they transmit a load of heartworm larvae into your pet’s bloodstream. These larvae take about six months to reach adulthood, but they begin damaging your pet’s cardiovascular system from day one. Once the heartworms reach adulthood and can begin reproducing, your pet can indirectly infect another pet through an infected mosquito bite.

Tick species don’t carry each and every tick-borne illness, so learning to identify ticks can help diagnose a pet’s illness. Here in Springtown, the tick responsible for Lyme disease transmission is the black-legged, or deer, tick. This tick species is also the primary vector for anaplasmosis. For ehrlichiosis, the lone star tick is the main culprit for transmission.

#3: Heartworm disease can take months or years to cause illness signs in pets

Since heartworms take so long to mature after the initial infection, the full-size worms can take a significant amount of time to create serious damage that causes noticeable signs. Despite the lack of obvious signs in early stage disease, immature heartworms can still permanently scar your pet’s vasculature.

#4: Tick-borne illnesses tend to cause many similar illness signs in pets

Tick-borne illnesses can cause many similar, though vague, illness signs in infected pets. The most common signs seen with Lyme disease, anaplasmosis, and ehrlichiosis include lameness, stiffness, fever, inappetence, lethargy, swollen lymph nodes, vomiting, and diarrhea. Lyme disease is known for its ability to cause a shifting-leg lameness, anaplasmosis can cause bleeding and clotting issues, and ehrlichiosis can create neurologic problems.

Since dogs are the preferred heartworm hosts, their disease presents differently than in cats. Most often, an infected dog will have a progressively worsening cough, exercise intolerance, and fatigue, and may develop a fluid-filled abdomen caused by heart failure. Cats may display wheezing, coughing, and breathing difficulties, or they may show no signs at all. They can also develop vomiting, diarrhea, difficulty walking, or seizures. In rare cases, cats can suddenly die with no prior illness signs.

#6: Tick-borne illnesses can flare up again after initial treatment

Once infected with a tick-borne illness, such as Lyme disease, your pet may suffer from flare-ups later in life, despite initial treatment. The Lyme bacterium can remain harbored in your pet’s kidneys, and antibiotic therapy can only partially heal the infection rather than fully eradicating the disease. So, monitor your pet closely for potential recurrences if they’ve been diagnosed with a tick-borne disease.

#7: Heartworm disease can be challenging to treat

Heartworm treatment for dogs can take several months and involves multiple injections of an arsenic-based compound, and strict exercise restriction throughout the entire process. In some cases, dogs need follow-up treatment after the initial injection course. This treatment can be uncomfortable and can cause serious side effects in your pet.

#8: Ticks must remain attached for several hours, or days, to transmit disease 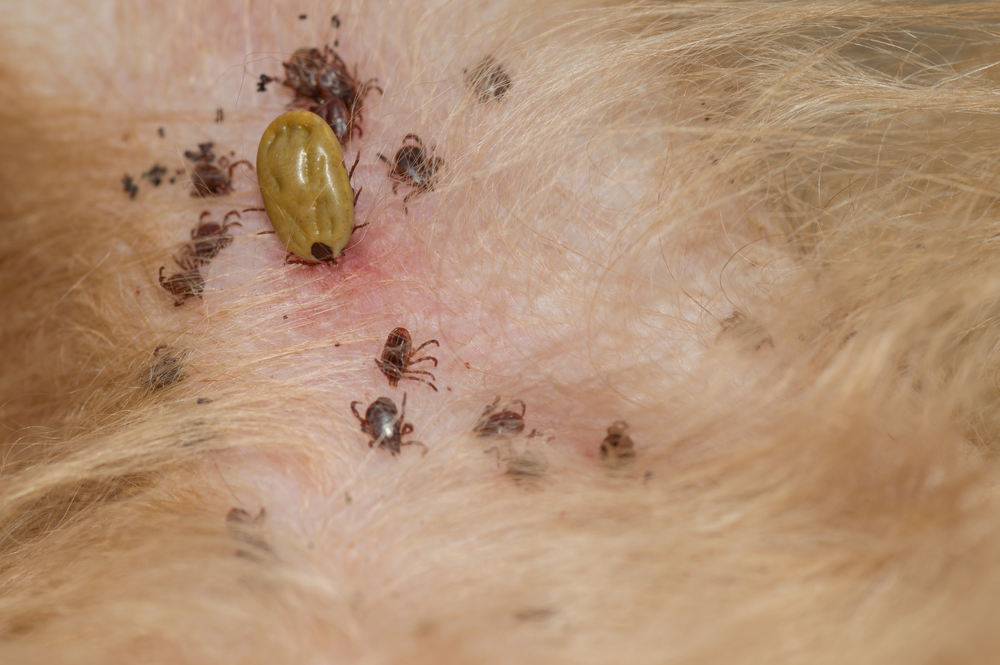 Prompt removal is essential for preventing tick-borne disease transmission. Most tick preventives kill attached ticks in hours, thereby preventing disease. Lyme disease, for example, requires that a black-legged tick be attached for 48 hours to transmit disease. After each trip outside, carefully check for ticks in your pet’s ears, under the collar, and in the armpits, as ticks favor these warm areas.

#9: Testing for heartworm disease and tick-borne illnesses requires a few drops of your pet’s blood

You may think testing for these four parasitic diseases would require a great deal from your pet, but the test actually takes only a few drops of blood. In under 10 minutes, we’ll know if your pet has heartworm disease, Lyme disease, anaplasmosis, or ehrlichiosis. We recommend annual testing for these conditions.

#10: Walnut Creek Vet Hospital is well-stocked with parasite preventives for your pet

We understand that each pet is an individual, and not all pets tolerate the same products. So, if your feline friend refuses an oral parasite preventive, check out the numerous options we have available on our online pharmacy. With chewable tablets, topical applications, and combination preventives, you’ll find the perfect protection for your pet.

Now you can see that protection against “the big four” parasites is so important for your pet’s health and safety, contact our Walnut Creek Vet Hospital team. If you’re having trouble finding the best parasite prevention products for your pet’s needs, we can help.